Ending up in the Starbucks

On the first day we started at Bosphorus University Istanbul. It’s a good collecting place. People are outside taking their break. Zipping on their coffee’s because of the cold. After that we go to the old bazar, but people are just passing by or try to sell something. When we try to collect in the Ferry it also doesn’t work, mainly because of the language barrier. So Martijn and I go for a break in the Starbucks.  We want to leave. Martijn is putting his coat on, but then I say. “Wait, I’m going to collect here. This is a good spot.” What follows is one of the best collecting sessions where over half of the people are drawing and people really cheer up and the atmosphere betters. There are a few factors which made the Starbucks a good collecting spot. First, People where relaxing and having a good time. This is a good mood for being asked to draw a moment. Second, there were mostly youngsters. Especially here in Istanbul it’s hard to get older people to draw. Even if there’s someone with me to translate. It doesn’t mean older people don’t draw. There are still who do, but not in such high percentages as the youngsters. In general there seems to be a gap between the ideas of the older and the younger generation here in Turkey.
Is it a pity that I go over the world and end up collecting in a Starbucks? A cafe you can find nearly everywhere in the world? No, I don’t think so. Because in every place I search for place where people would like to join the project. Whether that is a graveyard, a karoke beerpit or an caffee. It’s not related to the Starbucks an sich, but to the habits of the local people. And in Istanbul most cafés are a good collecting spot. 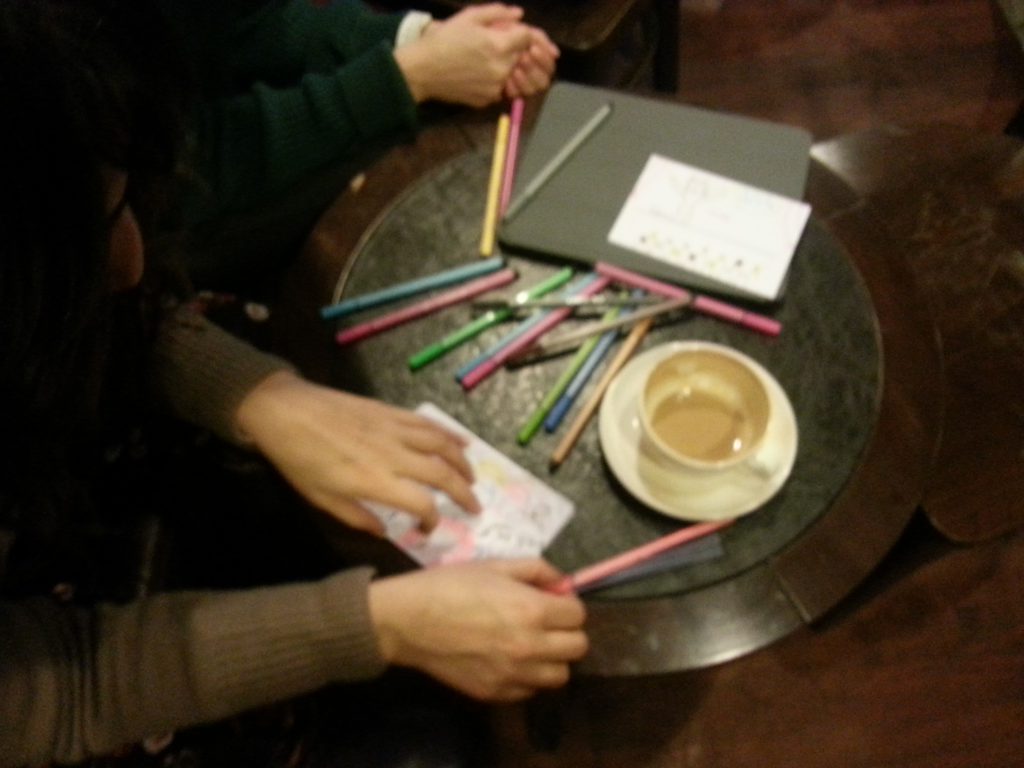 In an Indian Magazine: “Happiness sometimes comes in a little pink box”Ruby – every moment she is well