When I first arrived in Australia I thought I didn’t have to show examples to people while asking them to draw. I was wrong. But the showing of examples serves a different function here then in other countries. In non English speaking countries presenting examples helped a lot with crossing language barriers. People understood more easily the purpose of the question. Understanding the question is not a problem in this English speaking country.

In Australia a common reply to the “do you want to draw?” question is that they can’t draw. It’s not only the reply, it’s also the reason they won’t participate. What triggers this “I can’t draw” response in Australia? There are two factors which are in play here.
First, they seem to have an artist expectation. If you draw, you have to be good at it. A stick figure won’t do. It has to be realistic or artistic. This however is not the point of Seize Your Moments. It’s about letting people remember their beautiful moments. Asking them to draw makes sure they go back to the moment and visualize how it was. This makes it easier to remember.
The second reason is that drawing can be viewed as childish. Drawing is something done by kids. In Australia the division between adults and children is pretty big. There a big pressure to be a grown up. Playing for example is not something an adult does.

Nevertheless, Australians are drawing their beautiful moments. They just sometimes need the confidence they can do it. Saying that I draw stick figures myself or showing examples helps people to understand you don’t have to be an artist to participate. 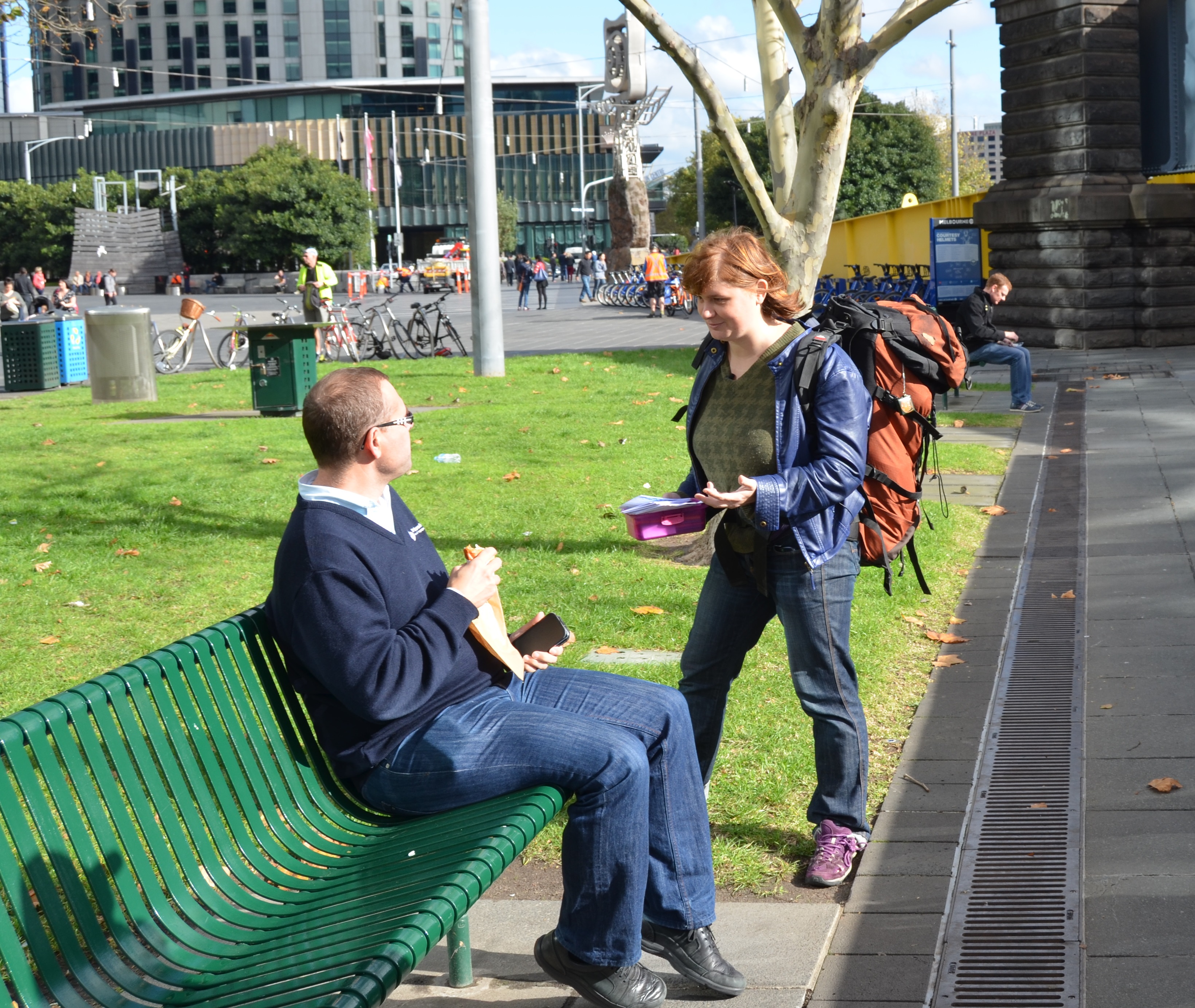 a maskhanging out at Aotea Square