Thank you for choosing me

Her eyes are glistering: “Thanks for choosing me.” We had a good conversation at the water of the harbor. She is sad. She just broke up with her boyfriend, but played nice music. Now she’s smiling. I’m glad we spoke. Nevertheless the comment feels a bit weird for me because I try hard not to choose people for Seize Your Moments. I can never know who benefits the most from me interacting with them who has a good story to tell. Nevertheless there are situations in which I chose people and I have preferences.
If I’m collecting in trains I tend to be careful about who’s the first person I ask. Trains are a closed space where strangers watch each other. If the first one starts to draw, the likelihood of the others joining increases considerably. After that I just ask everybody provided they’re not sleeping.
So who do I choose as the first person? Most likely it is a duo talking, since if I ask them I don’t interrupt an activity. The age doesn’t really matter, although people in the student age tend to be more eager to draw. Most important however is an open charisma, especially the once you already had contact to. For example we said hi when we got into the train.
On the street and in parks this come one come all effect isn’t that strong. So I just talk to the ones who are closest to me. Although it doesn’t affect me in who I approach. I have a preference for people alone. It’s easier to have a open conversation if nobody is listening, even if it’s a friend. 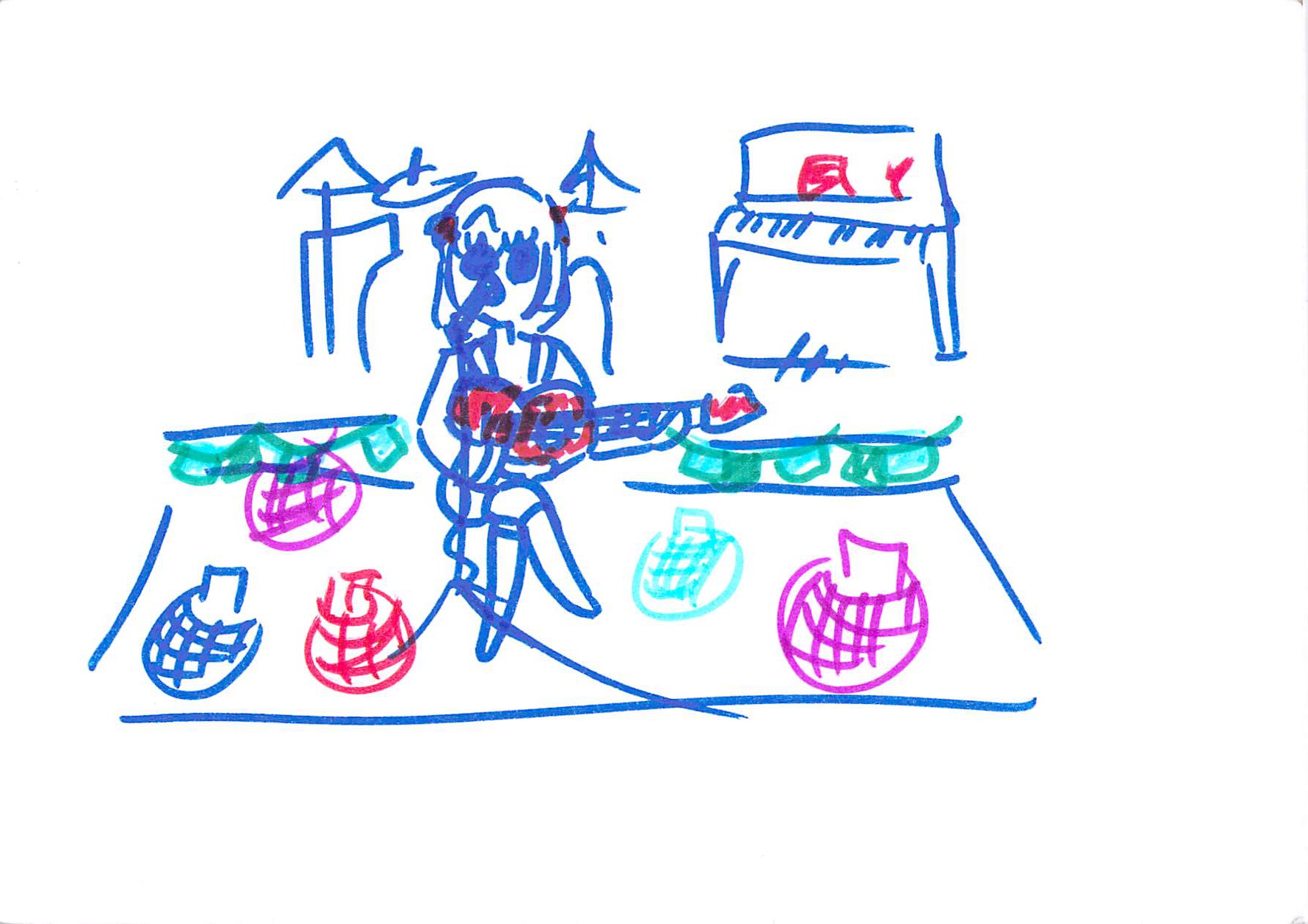 I played at a gig.
Seized by Maia in Wellington, New Zealand.

hanging out at Aotea SquareA mask